“I was blind and heart broken and didn’t want to do anything and Gus burst into my room and shouted, “I have wonderful news!” And I was like, “I don’t really want to hear wonderful news right now,” and Gus said, “This is wonderful news you want to hear,” and I asked him, “Fine, what is it?” and he said, “You are going to live a good and long life filled with great and terrible moments that you cannot even imagine yet!”
― John Green, The Fault in Our Stars

Several posts ago, I promised you guys that I’d do a review on Six of Crows. First of all, I want to say that the cover is gorgeous. And we all judge a book by its cover (whenever we want it or not).

Ketterdam: a bustling hub of international trade where anything can be had for the right price—and no one knows that better than criminal prodigy Kaz Brekker. Kaz is offered a chance at a deadly heist that could make him rich beyond his wildest dreams. But he can’t pull it off alone…
A convict with a thirst for revenge.

A sharpshooter who can’t walk away from a wager.

A runaway with a privileged past.

A spy known as the Wraith.

A Heartrender using her magic to survive the slums.

A thief with a gift for unlikely escapes.

Kaz’s crew are the only ones who might stand between the world and destruction—if they don’t kill each other first.

So first of all, I was kind of scared getting into this book because there was a lot of hype surrounding it and I really didn’t want it to be disappointment. AND IT DIDN’T!!! God, now I know what all this hype has been about.
I have to admit that it took me time before really getting into it which is the only reason why I gave it 4.5 stars and not 5 stars, but after a 100 pages or so, I was so hooked that I wanted more!

This is actually the first book of Leigh Bardugo that I ever read and I have to say that I’m really impressed.I never read a book about a heist before so that was very interesting to see and I want to see more of that in other books.

Every six characters going on this heist are so different from each other, but at the same time, it’s what brought them together. They all have a particular skill that it needed to succeed, but they work so well together. I’m going to be explaining more in details in the spoiler-y section, so that I won’t spoil any of you who haven’t read the book yet.

Another thing that I loved, it was super action-packed since the beginning to the end. So much happened and it was just incredible. Overall, I really recommend it to any of you because it’s so entertaining and it keeps you on the edge of your seat all the way. Such a worthy read! 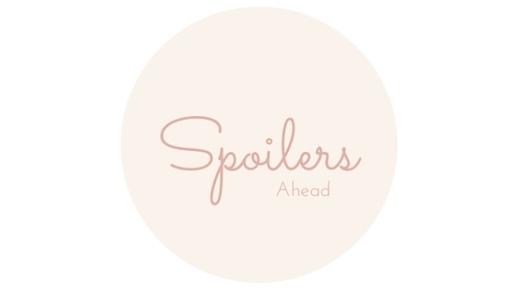 Kaz is an extraordinary character who keeps surprising me so much. He is dark, mysterious, evil, immoral and cunning, but I love him. And with his backstory, my heart is just craving and breaking for him. He has been through so much, with his brother and all, and I kind of understand him more now. I understand how he became like he is now and so excited to see what’s going to happen in the next book for this special character.

Inej is one of the best female character that I ever read about. Loved her since the beginning. At first, I thought she had a power or something but turns out that she’s just really quiet. She’s such an inspiration; I mean, she just doesn’t give up (yes, I’m talking about the scene when she was climbing the incinerator with her melting shoes!!!). Prayer to god: Please let her be okay in the next book.

Jesper is my bae. He just knows how to make me laugh even in the worst moments.

“Well, we managed to get ourselves locked into the most secure prison in the world. We’re either geniuses or the dumbest sons of bitches to ever breathe air”

“Wylan drew himself up. “I may not have had your … education, but I’m sure I know plenty of words that you don’t.”

“No one dances the minuet any more,” grumbled Wylan.”

Nina is also one of my favorite female characters of all time!!! She is so sassy and I loved her from the beginning! She fights for what’s right and for her people. She’s such an inspiration. I also love her relationship with Matthias. I loved how they knew each other since way before and they were still struggling with their feelings about each other.

“Matthias locked the cell door and hurried down the passage toward Nina, toward something more.”

My babies better be okay in the next book!!

“I gave up practically the whole world for you,” I tell him, walking through the front door of my own love story. “The sun, stars, ocean, trees, everything, I gave it all up for you.”
— Jandy Nelson (I’ll Give You the Sun)

I just finished Six of Crows and um…where can I find the next book? Because I NEED MORE!!!!! I was kind of scared going into because of all the hype and I have to admit that it took me some time before really getting to it, but I absolutely loved it!!!

Such an amazing read that you should get to if you haven’t! I won’t spoil anything, just read it! Just wanted to write this post to just kind of tell everyone to read it!

P.s. A review will be updated soon!

I was looking through my blog today and realized that I never did a recommendation post, ever! So it got me thinking about some books that I could recommend to you guys that are exciting and that are going to spice up your life! Or some warm and fuzzy book!

Ok so if you have been reading my previous posts, you know for certain that she is one of the people I admire the most because of her work. So it would be only right to have my two favorite series in this recommendation list. 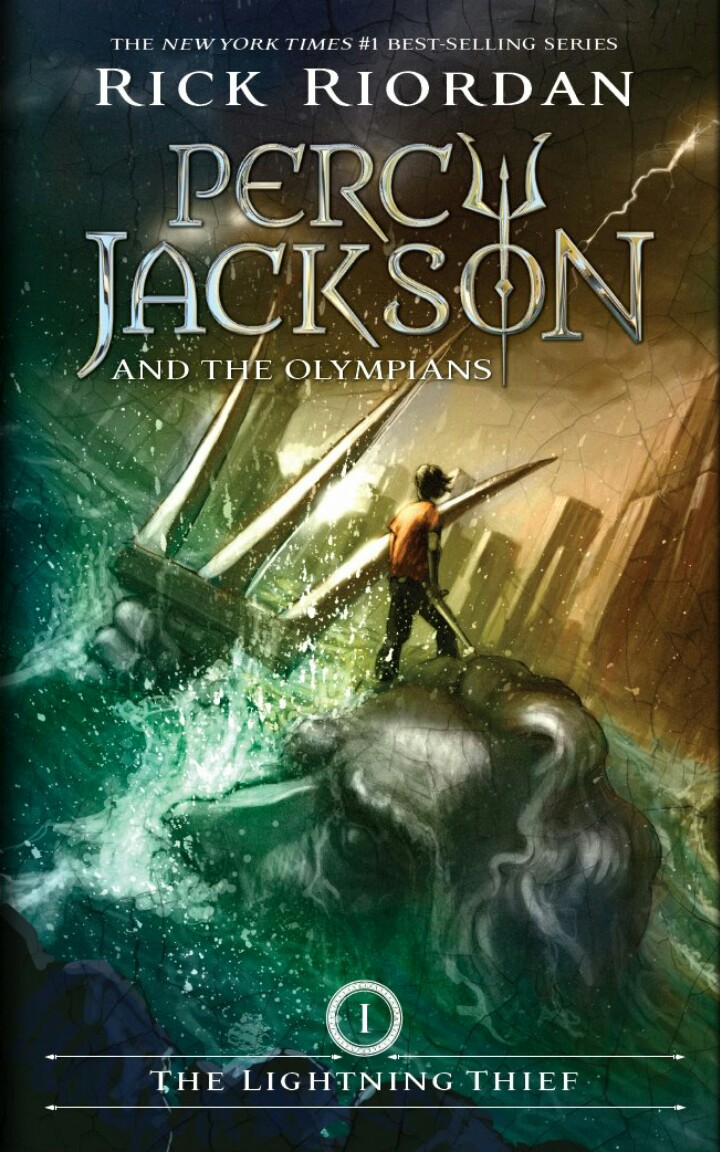 Family-ish: (have a good family concept)

Warm and fuzzy but also has a sad concept:

Here are some recommendations for you! Hope you liked them 🙂

Have you read any of these? What did you think about them?

Hello everyone! Just a little reminder that I have a tumblr where it’s literally full of ACOMAF and TOG trash! Feel free to follow: highladyofdreams.tumblr.com

“Kaz leaned back. “What’s the easiest way to steal a man’s wallet?”
“Knife to the throat?” asked Inej.
“Gun to the back?” said Jesper.
“Poison in his cup?” suggested Nina.
“You’re all horrible,” said Matthias.”
― Leigh Bardugo, Six of Crows

“The words were on their way, and when they arrived, she would hold them in her hands like clouds, and she would ring them out like the rain.”
—Markus Zusak, The Book Thief

Hey I just wanted to make a quick post about how much I love a certain show and if you haven’t guess because of the title, it’s the Gilmore girls TV show.

So I just started watching the series and I’m still on season 1, but I really love it for a certain reason.

Reasons why I love the show and that you should watch it:

Any other reasons why you love the show? Comment in the section below! 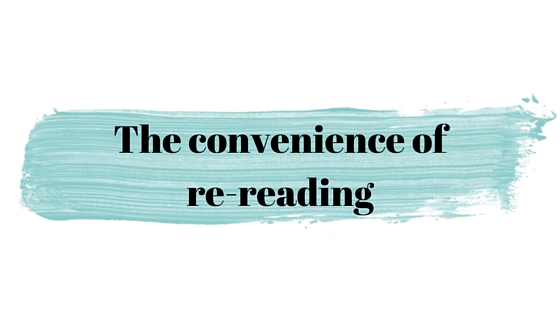 If you’re a reader, at least once in your life you have re-read a book, right? Well this post about the benefits about re-reading books! I love to re-read books personally. I usually re-read books when a sequel is coming out soon and I re-read the last book so I know what’s happening in the next one, but I also re-read books if they are easy and fast-paced or if they are my faves.

Let’s get started about the benefits of re-reading:

-You don’t have to stress yourself into reading it

-Having a deeper emotional response than the first time

-Feel closer to the characters

-Just having fun all over again

My favorite books to re-read:

1.The summer I turned pretty series by Jenny Han

2. By Jenny Han again, To all the boys I’ve loved before. I’m seriously addicted to Jenny Han’s books!!!

3. A COURT OF MIST AND FURY BY AMAZING SARAH J. MAAS (I’ve been re-reading parts of this book every week for the last three months….I think I have a problem with this book) Oh and I have a tumblr where it’s literally a blog about Sarah J. Maas’ books so you can check it out: High Lady of Dreams

4. The selection series by Kiera Cass. It’s kind of my guilty pleasure 🙂

What are some of your favorite re-reads?